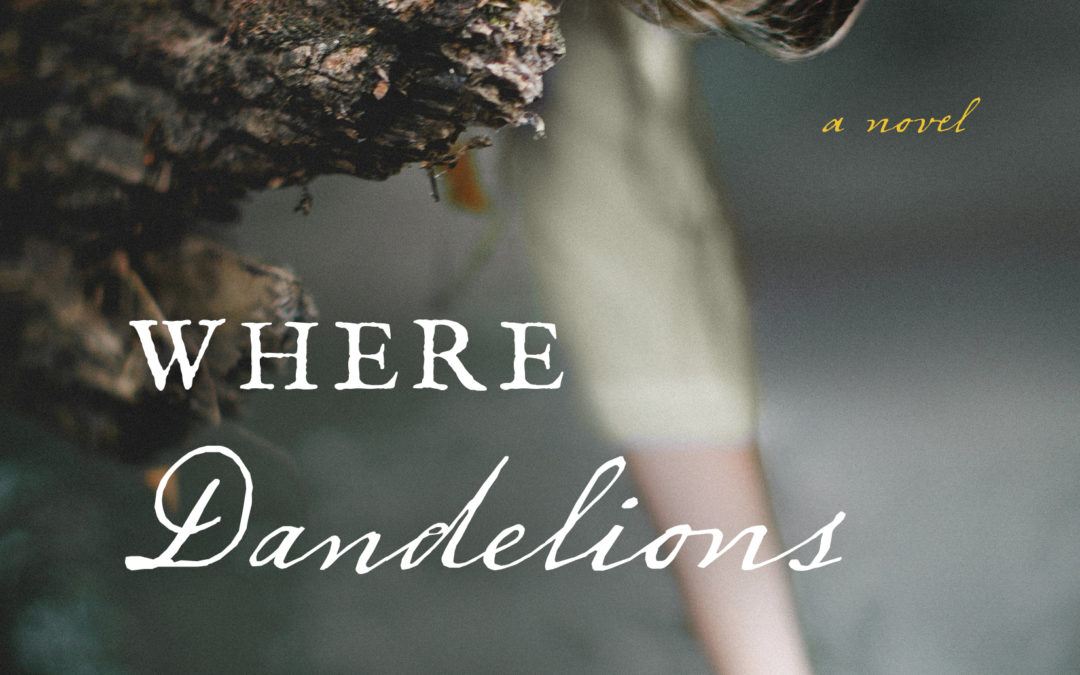 I’m so thrilled to have friend and fellow historical author Tara Johnson as my guest today on Sowing Seeds of Hope. Tara has graciously offered to giveaway a copy of her new release, Where Dandelions Bloom. I’m reading it now. Such a wonderful story of forgiveness and grace! Stick around until the end and enter to win!

Thanks for being my guest today, Tara. I’m honored to have you. Let’s start by learning a bit about you outside of the author arena. When you’re not writing, what other hobbies do you enjoy?

I love gardening, singing, playing piano, and basketball. I’m always up for a game of basketball.

I know you’re a gifted singer, but I didn’t know you were a basketball player. I’m sure your kids enjoy the interaction. Name one of the first books or authors to inspire you and why.

I was greatly influenced by the entire Anne of Green Gables series as a teenager. I read all eight books so much, the binding fell away and I had to hold them together with duct tape. Lucy Maude Montgomery was a master of understanding emotion. I was also highly influenced by Lori Wick. Wings of the Morning, The Hawk and the Jewel, and the entire Donovan series was a frequent staple in my early reading.

I’m not familiar with the Donovan series, but I love Anne of Green Gables. Such a timeless tale. Your own books have strong female leads. How similar are you to your heroines?

I pour a lot of myself into my heroines. It’s not intentional, but as I write and uncover their personal wounds, I realize I struggle with the same things they do. I think I’m most like Keziah from Engraved on the Heart, but I found much of myself in Cassie from Where Dandelions Bloom. I have trouble letting people get close to me. I’m very protective of my heart. Perhaps too much so at times. I’ve always had a stubbornly independent streak since I was little, although I think I would have crumpled under the duress Cassie endured.

I’m much the same way. I think many writers are better at pouring their hearts out on paper. Why did you choose to write the genre you write?

I’ve always been fascinated with history. My mother and I had a yearly tradition: we would get together, pop popcorn and watch Gone With the Wind. I fell in love with the Civil War era and, as I grew and learned more about the nuances of the time period, discovered a never-ending treasure trove of amazing people and stories that changed every aspect of our culture.

What a great tradition! The Civil War era is intriguing to me as well. Such a harsh and yet endearing time period filled with heroics. Forgiveness is a major theme in Where Dandelions Bloom. What takeaway value do you want readers to gain from it?

I want them to know unforgiveness is a chain that keeps us enslaved but releasing that anger and resentment to God frees us to a life of peace and joy. It helps us find beauty and hope in the difficult things.

Such an important message, and you portray it so well in Cassie and Gabe’s story. Is there a theme verse that holds this Where Dandelions Bloom together?

“Let us hold unswervingly to the hope we profess, for he who promised is faithful.” ~Hebrews 10:23

A beautiful verse, full of hope and promise! What can we expect to see from you in the future?

I recently turned in my third manuscript to Tyndale, tentatively entitled A Song for Cadence. It’s all about a woman denied the right to be a nurse in the Civil War, her fight to gain acceptance in a world of people who tell her she’ll never measure up, and a surgeon who battles a secret society determined to destroy the lives of those he loves.

Sounds like another intriguing read. We look forward to it!

Tara Johnson is an author and speaker, and loves to write stories that help people break free from the lies they believe about themselves.

Tara’s debut novel Engraved on the Heart (Tyndale) earned a starred review from Publishers Weekly, as well as numerous other accolades. In addition to be published in a variety of digital and print magazines, she has been a featured guest on Voice of Truth radio, Enduring Word radio, television and podcasts. She is a history nerd, especially the Civil War and adores making people laugh. She, her husband, and children live in Arkansas. Website: www.TaraJohnsonStories.com Facebook: https://www.facebook.com/TaraLynnJohnsonAuthor/ Instagram: https://www.instagram.com/tarajohnsonministry/

Read how God works in the lives of Cynthia Roemer’s characters in her Inspirational, Historical Romance (Prairie Sky) Series.
UNDER THIS SAME SKY ~ BOOK ONE
UNDER PRAIRIE SKIES ~ BOOK TWO
~Available on Amazon and Barnes & Noble
**Connect with Cynthia Roemer on Facebook, Goodreads and Twitter.

Now for the Giveaway! Leave a comment to unlock several opportunities to win a copy of Where Dandelions Bloom!

Cassie Kendrick is on the run. Her abusive father arranged her marriage to a despicable man, but she’s discovered an escape. Disguised as a man, Cassie enlists in the Union army, taking the name Thomas Turner. On the battlefields of the Civil War, keeping her identity a secret is only the beginning of her problems, especially after she meets Gabriel Avery, a handsome young photographer.

Anxious to make his mark on the world and to erase the darkness and guilt lurking from his past, Gabriel works with renowned photographer Matthew Brady to capture images from the front lines of the war. As Gabriel forges friendships with many of the men he encounters, he wonders what the courageous, unpredictable Thomas Turner is hiding.

Battling betrayal, their own personal demons, and a country torn apart by war, can Cassie and Gabriel learn to forgive themselves and trust their futures to the God who births hope and healing in the darkest places?