PASSING THE TORCH ~ FOR THE HEART

In the Olympic games, “passing the torch” refers to runners carrying and relaying a lit torch to others. The runners pass the torch until the official Olympic torch is lit. When Christians “pass the torch”, it refers to passing our faith along to our children and those who come after.

One of the saddest verses in Scripture is found in Judges 2. Joshua had died and no qualified leader had stepped up to take his place. When his generation passed on, a new generation was born, one that forgot what the Lord had done for them. 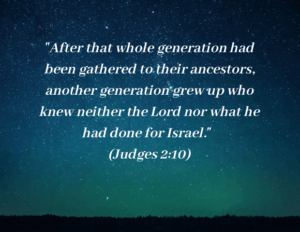 After all the Lord did to deliver His people and bring them into the promised land, how His heart must have broken to watch them turn away. What caused this new generation to forget their faith in God?

PASSING ON THE FAITH

All it took for God’s people to fall away was for one generation to miss passing on their faith. Like the Olympic torch, if one person allows the torch to go out, the flame is extinguished. The same is true with our faith. If we neglect to teach our children and those the Lord places in our path, the next generation will suffer the fate. We as Christians must be diligent in sharing our faith and living it out on a daily basis.

My dad just arrived home from a five day stay in the hospital, his second in less than three months. He is losing his battle with bone cancer and in-home hospice is not far away. Though my heart breaks at the thought of losing him, I am so proud of the life he has lived.

While at the hospital, the doctor gave him the news that there is nothing more to be done for him. Yet, instead of feeling sorry for himself, he boldly stated “I’m not afraid to die. I’m a Christian.” Instead of bemoaning the news, he made myself and the nurses laugh with humorous stories from his past. Rather than showing fear in the face of death, his thoughts turned to concern for my mom and the family in his absence. 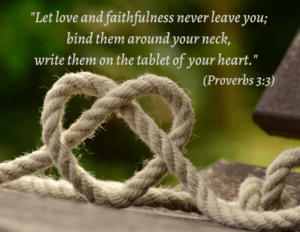 My sisters and I are all Christians with Christian husbands and children who love the Lord. How blessed we are to have parents that refused to drop the torch. Instead, they were diligent to teach and admonish us in the Lord, and we in turn are passing the torch of faith to our children and grandchildren

If the generations to come are to flourish rather than flounder, we must pass our faith onto them, be in prayer for them, and demonstrate what enduring faith truly is.

My father’s 91 years have been a testimony of his love for the Lord. He has been faithful to the end. May we all share that trait! May we write the Lord’s teachings on the tablet of our hearts for all to see.

Who is someone that has encouraged you in your faith? 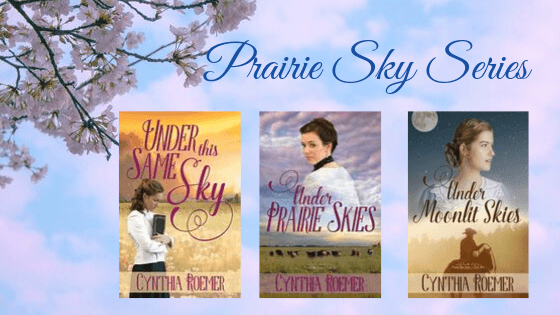